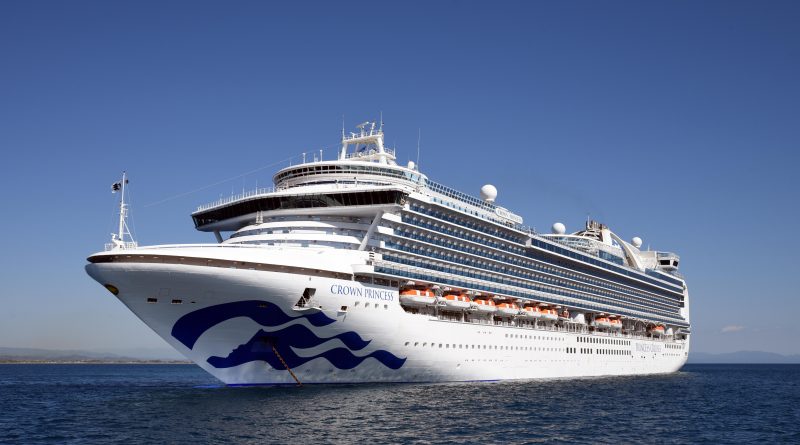 Princess Cruises has announced that 2020 will be its biggest European season ever, with available capacity up by 15% on 2019.

A total of 1.4m cruise nights will be on offer from the UK, an increase of 30% on 2019. For the first time ever Princess Cruises will have three ships sailing a full season from Southampton.

Crown Princess will set sail for the Mediterranean, Canary Islands and northern Europe including a series of new voyages:

Prior to Crown Princess’ UK season the ship will sail a shorter series of fly-Mediterranean cruises in April and May.

Island Princess will also be based in Southampton and similarly will take in a range of new sailings including:

Enchanted Princess’ naming ceremony will be at the end of June 2020 before the ship heads to the Mediterranean for the summer.

Regal Princess will sail the British Isles from May to September, travelling to destinations including Liverpool, Belfast, Dublin and Edinburgh. This marks the first time the ship has spent a season based in the UK.

Meanwhile the 3,660-guest Sky Princess, which launches next year, will spend its first spring and summer season sailing Scandinavia and Russia roundtrip from Copenhagen. From April to September, the ship will take in the likes of Stockholm, Oslo, Tallinn, Helsinki, Berlin (Warnemunde) and an overnight stay in St Petersburg.

As such, three of Princess Cruises’ newest ships – Enchanted, Sky and Regal – will all be based in Europe in 2020.

The announcements form part of Princess Cruises’ 2020 programme, which includes sailings across Europe as well as Asia, the Caribbean, Alaska and Canada & New England. The UK-based ships, Crown Princess and Island Princess, will go on sale on Thursday November 8, 2018 at 9am with the rest of Europe, Caribbean and Canada & New England sailings available from 5pm the same day. Alaska and Japan voyages are on sale on Thursday November 15, 2018 at 5pm.

For all 2020 cruises, Princess’ Elite guests are able to book 48 hours before the stated times.

All cruises are available for a reduced deposit of £50 per person.

Europe remains the most popular holiday destination for our UK guests so we’re delighted to offer more choice than ever before in 2020. The fact Southampton will see the launch of Enchanted Princess and that we have two of our newest ships, Sky Princess and Regal Princess, sailing in Europe, is a testament to the ever-growing popularity of Princess Cruises in the UK. – Tony Roberts, vice president Princess Cruises UK and Europe

If you’re already looking ahead to your 2020 holiday, now is a great time to book with deposits of just £50 per person available until April 31, 2019.

Why not check out our Royal Princess Cruise ship Tour or take a look around Pacific Princess.

Just monkeying around on #mscvirtuosa 😍 If you

It was so nice to get back to sea last month, our

Have you ever been bowling on a cruise ship? . . .

Cute little elephant at the Horizon pool on #MSCVi

Episode 1 of our #MSCVirtuosa series is now live

What better way to explore the world than by cruis

The reality of the Elegant dress code on a cruise

Tomorrow we join #MSCVirtuosa 🥳 We will be sh

We’ve made it to Southampton! Tomorrow we join #

Luke and his monkey friend - a memory from our @pa

Counting down the days until we can be back to sea

3 years since our first visit to Dubrovnik 😍 Pr

We can’t wait to get back on a cruise ship! The

What’s your favourite cruise cocktail to have po

(Ad:Gift) Look what the postman delivered this aft