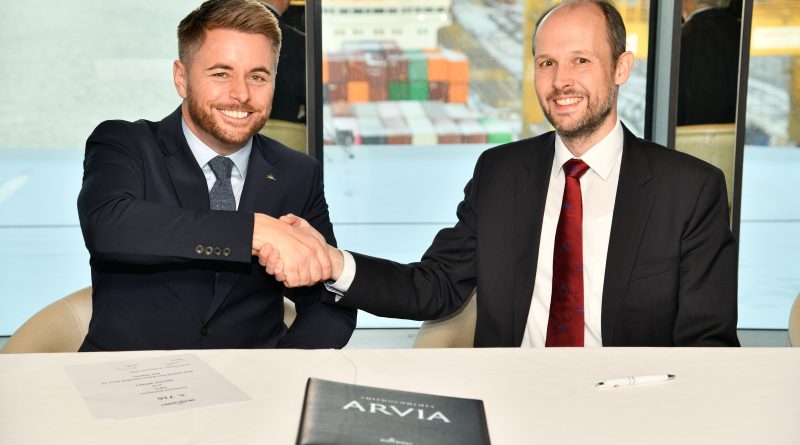 At an official handover ceremony with the Meyer Werft shipyard today, Thursday December 15, 2022, P&O Cruises took ownership of Arvia, the latest addition to its fleet and, similar to its sister ship Iona, the largest cruise ship ever built for the UK market.

At 185,000 tonnes, 345m in length with 16 guest decks and setting new ground for guest experience, Arvia is P&O Cruises second ship to be powered by liquefied natural gas (LNG), the marine industry’s most advanced fuel technology to date. Arvia has an optimised hull design to minimise drag and is installed with the latest energy-efficient technology on board.

P&O Cruises president, Paul Ludlow, who was present at the event in Bremerhaven and signed the Protocol for Delivery and Acceptance said:

“Arvia, as the latest evolution in the P&O Cruises experience, embodies the newest trends in travel, dining and entertainment and is the epitome of a sunshine resort sailing year-round to the warmest climates. It takes its sister ship Iona’s design aesthetic and general arrangement but provides new and exciting outside and inside spaces which make the most of Arvia’s deployment to the Caribbean and the Mediterranean.

“Arvia is a very evident symbol of optimism for the future of the cruise industry as we see a new generation recognising the value for money and individuality of a holiday at sea.

“The ship is now officially part of the P&O Cruises fleet and we are focused on readying her to welcome guests for the maiden cruise on December 23 before departure to the Caribbean on January 6, 2023 for a winter season from Barbados.

“I would like to thank the vast teams of skilled engineers, designers, architects and so many more who worked on Arvia from the concept and design through to the build and finished feat of innovation and technical excellence we see here today.”

P&O Cruises to name Arvia at a Barbados beachside event

Your subscription could not be saved. Please try again.

Your subscription to the Cruise Monkeys newsletter has been successful.