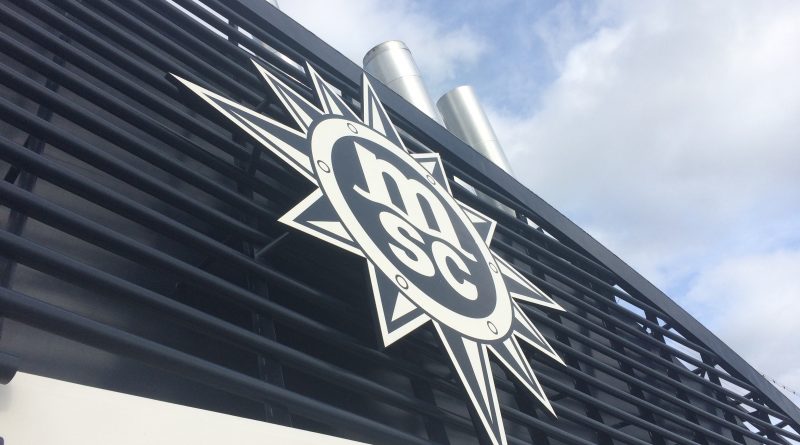 MSC News
June 14, 2018June 15, 2018 Gav
It’s an exciting day for MSC fans, with MSC signing a new order, the float out of MSC Bellissima and the first steal cutting of MSC Virtuosa.

MSC Cruises and STX France signed today an order for the construction of a fifth Meraviglia class cruise ship. Due to be delivered in 2023, this vessel will be equipped with a new generation of dual-fuel engines designed to run on liquefied natural gas (LNG).
She will also feature other innovative environmental technologies, notably including an advanced wastewater treatment system compliant with the world’s most stringent regulatory standards, including the provisions enshrined in Resolution MEPC.227 for the Baltic Sea.
This announcement was made at a unique ceremony held at the Saint-Nazaire shipyard in the presence of Bruno Le Maire, the French Minister of the Economy and Finance. STX France and MSC Cruises celebrated three major ship building milestones: the Steel Cutting Ceremony of the 4th Meraviglia class vessel where MSC Cruises announced that the ship will be named MSC Virtuosa; the Coin Ceremony of MSC Grandiosa; and the Float-out of MSC Bellissima.

For the first time in Saint-Nazaire’s history, three cruise ships belonging to a single cruise brand are under simultaneous construction at the shipyard.

With the announcement of yet another new vessel, the 13th under our 10-year investment plan, we are affirming our commitment to sustainable growth for our Company. I say this while three more next-generation MSC Cruises ships are now simultaneously under construction. Our fifth Meraviglia class cruise ship will bring a new generation of cutting-edge environmental technology to the market, benefiting from a new generation of LNG-powered engines. This will help us further reduce our environmental footprint and advance in our journey of constant improvement. She will be joined at sea by up to four World Class LNG-powered ships, as part of our overall commitment to environmental stewardship through this and other next-generation technologies and solutions deployed fleet-wide. – Pierfrancesco Vago, MSC Cruises’ Executive Chairman

The agreement for the additional Meraviglia-Plus ship represents an additional investment of €900 million.

Today’s Float Out Ceremony of MSC Bellissima is another key construction milestone for this beautiful ship, representing the very first time she touches water. This is a particularly pertinent moment for the UK & Ireland as it marks another step closer to her christening in Southampton on March 2, 2019. In less than nine months, she will become the new flagship in MSC Cruises’ ever-growing fleet as well as the largest ship ever to be christened in the UK. We are delighted that she will depart for her inaugural sailing from the UK, and hope that many other UK & Irish guests enjoy her first season in the Western Mediterranean. – Antonio Paradiso, Managing Director of UK and Ireland,

MSC Bellissima will be Christened at a glamorous ceremony in Southampton on 2nd March 2019. The event will be attended by more than 2,000 guests, including VIPs and important British stakeholders. The ship will remain in the city for three days, giving the opportunity for over 3,000 UK & Irish travel partners and guests to experience the beautiful addition to the MSC Cruises fleet. 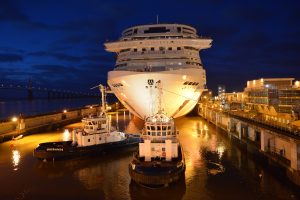 MSC Bellissima will also be the first ship to feature the industry’s first digital cruise personal assistant, Zoe, as a new feature of MSC for Me, the Company’s digital innovation programme. A bespoke device is being designed specifically for use in the cabins on board and will be available in seven languages: English, French, Italian, Spanish, German, Brazilian Portuguese and Mandarin. This digital service will provide guests with a simple and stress-free way to find out information that traditionally is asked in person at the Guest Relations desk. This way the guest can find the information without having to leave their cabin.

An enriched onboard experience

Each new MSC Cruises ship is designed to be unique and distinctive and MSC Bellissima is no exception and in addition to the new cruise personal assistant, the ship will offer new features and experiences.

Some of the highlights include:

With all this great news, we cant wait to be on board MSC Bellissima next March!

For more information or to book a cruise visit www.msccruises.co.uk, call 0203 426 3010 or contact your local travel agent.